Let’s put you in an imaginary scenario. You’ve been working at your position in the company for quite some time, you’ve built an exceptional reputation and you have received high praise from your boss and other influential voices in the company. About 5 months ago, you had heard that the CEO of the company would be looking for a new Executive Assistant and had been hoping to hire internally. Upon speaking with your boss about the prospect of moving up, he agreed whole-hardheartedly and offered to put your name in the bid with a sparkling recommendation.

Time has passed and without even a whisper, now another peer in the company has been announced to step into the role with the CEO. Happy as you can be for your peer, you are still curious why you weren’t chosen, so naturally you pose the question to your boss. He fumbles for an answer and gives you what you can only assume is a nervous run-around, something about the CEO needing to “go a different direction”.

A week later, the CEO runs into you and questions why you had never applied for the position and confessing they aren’t very happy with the current person in the role. Okay, so now you know one unsettling thing for sure: Your boss lied to you. What do you do now?

You have two ways to handle this: re-actively or proactively. If you are in reactive mode, stay calm and be constructive. No matter the deceit and how hurtful it can be, it doesn’t entitle you to act out and lose your sense to rage. Make sure to stay collected.

Do a cost/benefit analysis. Once you spot deceit, you have to choose between the lesser of two evils. If you confront your boss, you may poison the relationship forever. The same may be true if you go to someone else in the firm, such as HR or your boss’s boss. Think before you act, gossip, or complain. Have a hard conversation with yourself. Do you want to keep your job? Confrontation or sounding an alarm is not a good way to do that. But if changing jobs is not out of the question, it may make sense to directly address the deceit.

Turn the situation around. Before you engage in a hard conversation, try to understand the motivations your boss may have had. Is he trying to be discreet about a pending merger (which is morally understandable), or is he trying to hide a series of illegal kickbacks (morally repugnant)? Perhaps what feels like deceit to you is actually an attempt by your boss to protect you. Never confront your boss alone if you suspect laws have been broken; always consult an attorney first.

Have the hard conversation. Never corner or ambush your superior. If you choose to clear the air, provide a face-saving escape. Avoid labeling the deceit as such, and do not be accusatory. Put on your curiosity hat — remember, you might learn something. Use language such as “I might be seeing this the wrong way” or “I understand that there may have been circumstances that prevented you from sharing all the details with me.” Ask for an explanation of recent events that gave you the impression that you were not receiving an accurate portrayal of what’s been happening. To go back to the opening example, after the CEO pulled you aside, you might choose to relate that conversation to your boss and inform him that you avoided any discussion of previous opportunities — but also expressed enthusiasm about the chance to help her out in the future.

Be explicit about your moral code. Consider taking this simple step. Add a moral quote, such as “Success without honor is worse than fraud,” to your email signature line or in a framed print on your desk. The more you talk about, and live by, your principles, the harder it will be for others to treat you in a morally ambiguous manner.

Build strong relationships. If you have good relationships with your colleagues and become known as someone who sweats the details and always follows up, it will be harder to sustain a falsehood in front of you.

Pay attention. Carefully read memos and presentations that your boss and others circulate, and ask yourself if they fit logically with the messages your boss is giving you. By paying attention, you will be able to spot deceit earlier. If you begin to suspect deceit, document it. Write down specific examples, save copies of documents, and see whether your gut instincts hold up when listed in black and white. But don’t show anyone…yet.

There is a downside to this strategy: If you push it too hard, or run around all day long with a “gotcha notebook,” you may become known as a person who can be incredibly tiresome to work with. But there’s plenty of room in the middle. Situational awareness is a skill that takes practice, looking, and listening. Focus on the benefits of developing the skill, not on your boss’s wrongdoings.

If, after taking these steps, you find your boss lying to you again, it may be time to move on. A friend of mine once realized that her boss was highly supportive to her face but actively critical of her in private. In short, he was her enemy, and he was lying about it. It didn’t take her long to decide that there was no upside for her in confronting, or accusing, her boss, so she quietly and methodically made a plan to leave the company, and ended up with a much bigger job at a competitor nine months later. While it can feel unfair to have to make a career decision because of a morally deficient boss, doing so can sometimes lead you in the right direction, if a bit faster than you otherwise would have preferred.

At the end-of-the-day, you must keep an awareness about those you interact with and learn how to deal with conflict, especially deceit, in a professional manner. It doesn’t mean that it will be easy, but if can effect the relationships at work and how you are respected. 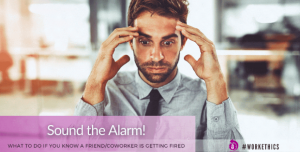 Take A Moment - Let's Get To Know Each Other

Thank you in advance for taking a moment to complete this introduction form. ACE Peer Learning Network™ offers many benefits of membership which we will be glad to share with you. You'll receive a confirmation email once you submit, and if you don't please check your junk/spam box and "approve" us. Looking forward to getting to know you better. ***All fields required.