One of the best ways to keep up with trends in business is to follow the “Who’s Who” in your industry. This is a great use of social media, from a business research perspective. Many of the “Influencers” on social media are also entrepreneurs and business owners – highly successful ones at that. It is worth taking a moment to search for the Influencers in your industry to take a look at the information provide. It is a commonly overlooked resource due to the fact that most Influencers are mainly on social media, but do not make the mistake of identifying how these SME (Subject Matter Experts) can be utilized to further your knowledge of the industry.

The knowledge and insight that select Influencers have to provide is notable enough that top publications such as Forbes and Hubspot have even created content about them. We took a look at the best Influencers to follow and picked 5 of the best in business from a fantastic list that Grin had curated.

Gary Vaynerchuk is an American entrepreneur known for skyrocketing his family wine business within the first five years. He realized the power of online influence much earlier and transformed his family’s wine company into the first wine ecommerce platform.

The international celebrity is the chairman of New York based VaynerX, a media and communications holding company and VaynerMedia, a full-service advertising agency.Gary is also an investor in many ventures like Twitter, Snapchat, Uber, and others. He also hosts a YouTube docu-series and a podcast.

Born in the former USSR, Gary is a very influential public speaker, a 5-time New York Times bestselling author and has been featured in many important publications.

She has been recognized by various media outlets, appearing on The Guardian’s “Top 100 in Media List” and Forbes’ “The World’s 100 Most Powerful Women.” This business influencer has written many articles and authored 15 books. The famous entrepreneur, mother, author, and speaker is known for maintaining success and balance in all of her business ventures.

Motivated by Oprah Winfrey’s Harpo Studios, Inc., Melinda left her television career to pursue her business dream and created an award-winning production company. As the CEO and founder of Quintessence Multimedia, Melinda has worked for big names like Johnson & Johnson, Verizon, Enterprise Rent-A-Car, Comcast, and others.

Melinda hosts a weekly talk show on Twitter, SmallBizChat that discusses everything about launching and running a profitable small business. The veteran entrepreneur has numerous awards and accolades to her credit. She has authored two books and written many social media articles.

Marie Forleo is an American entrepreneur, writer, life coach, and motivational speaker. She is also the host of MarieTV, a web television series.This passionate woman is also the owner of Marie Forleo International, and B-School. The lifestyle expert teaches smart business marketing strategies and conducts dynamic training programs for business owners and individuals.

The young business influencer, through her free and paid programs, offers advice on succeeding in business and life. She is dedicated to helping people reach their full potential and achieve their dreams. She has also been interviewed by Oprah Winfrey and Tony Robbins. And she has counseled young business owners at Richard Branson’s Centre of Entrepreneurship in South Africa.

Sallie Krawcheck is the CEO and Co-Founder of Ellevest, a digital investment advisory platform for women aimed at encouraging women to invest. Known as the most powerful woman on Wall Street, Krawcheck is known for turning around sinking businesses and growing them.

She has authored the best-selling book, “Own It: The Power of Women at Work,” and has written several columns for Reuters and The Huffington Post, among others. This business influencer has made numerous appearances on CNBC and is quite active on social media with almost 57k followers on Twitter. 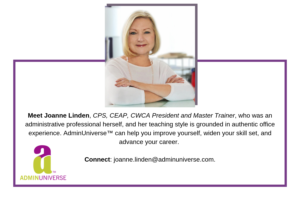